NNT maps of the Alpine Space

For calibrating the models occurrence data from both native and introduced range of the species was used. This approach ensures that  a wide range of potential growing considerations of the species is taken into account. Climate data was obtained from (ECLIPS 2.0) Chakraborty et al 2021.

Each model algorithm predicted the probability of the potential distribution for each species. Such probabilities predicted from the individual models were ensembled into a consensus model  by combining the median probability over the selected models with True Skill Statistics threshold (TSS > 0.7) (Allouche et al. 2006; Coetzee et al. 2009). The ensemble models were predicted for past and current time frames 1961-1990,1991-2010, and future periods such as 2020-2040,2060-2080,2080-2100 for two climate change scenarios RCP 4.5 and 8.5. 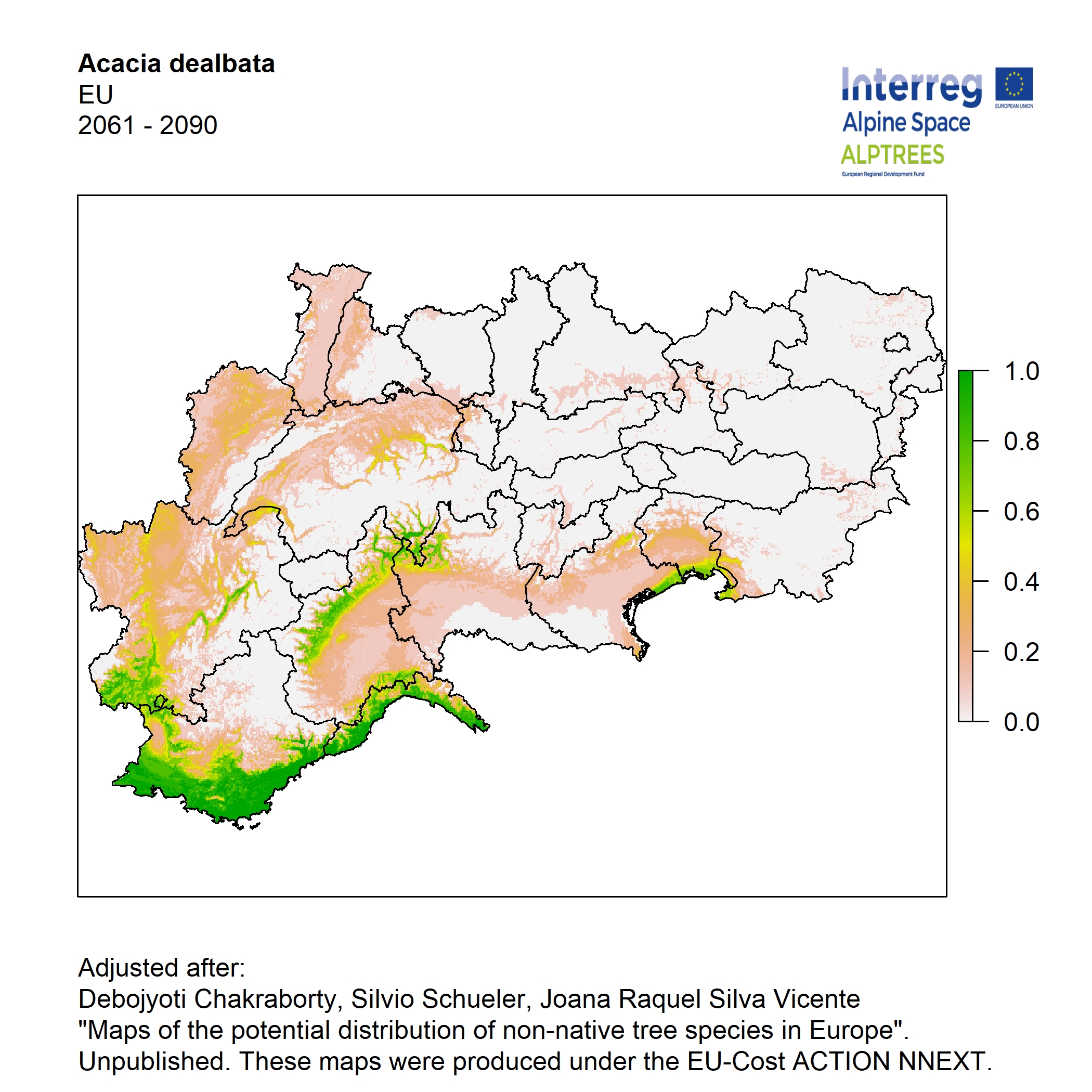 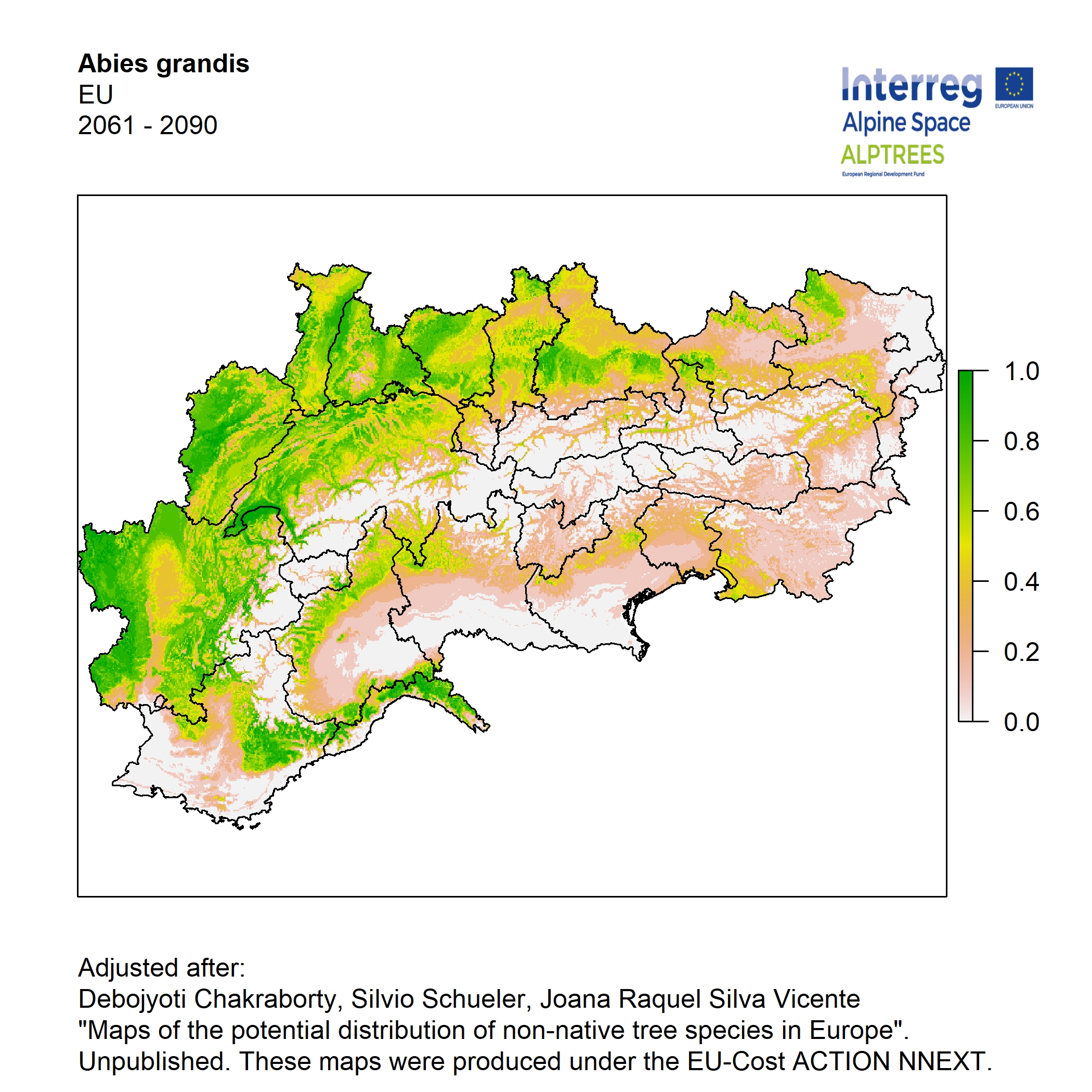 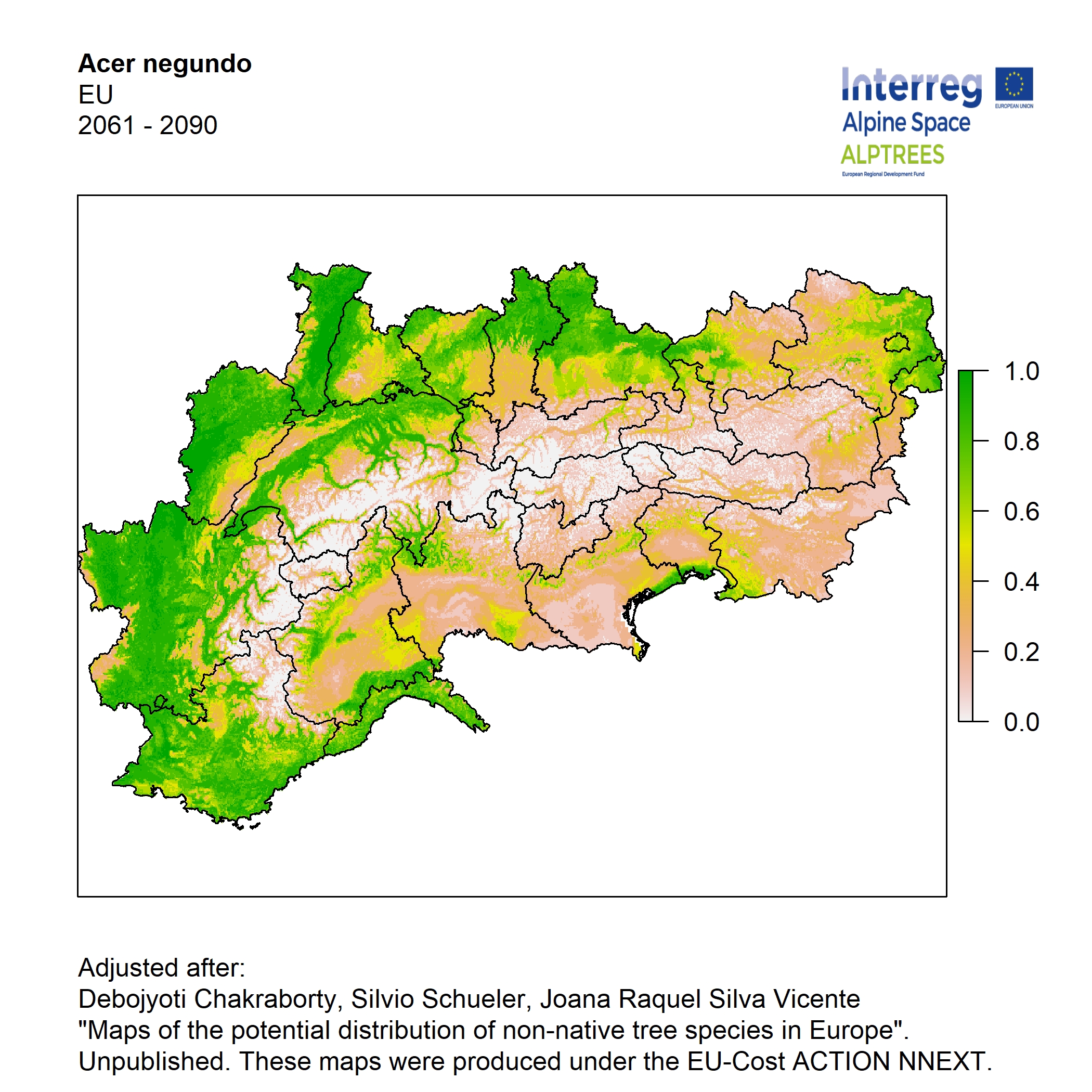 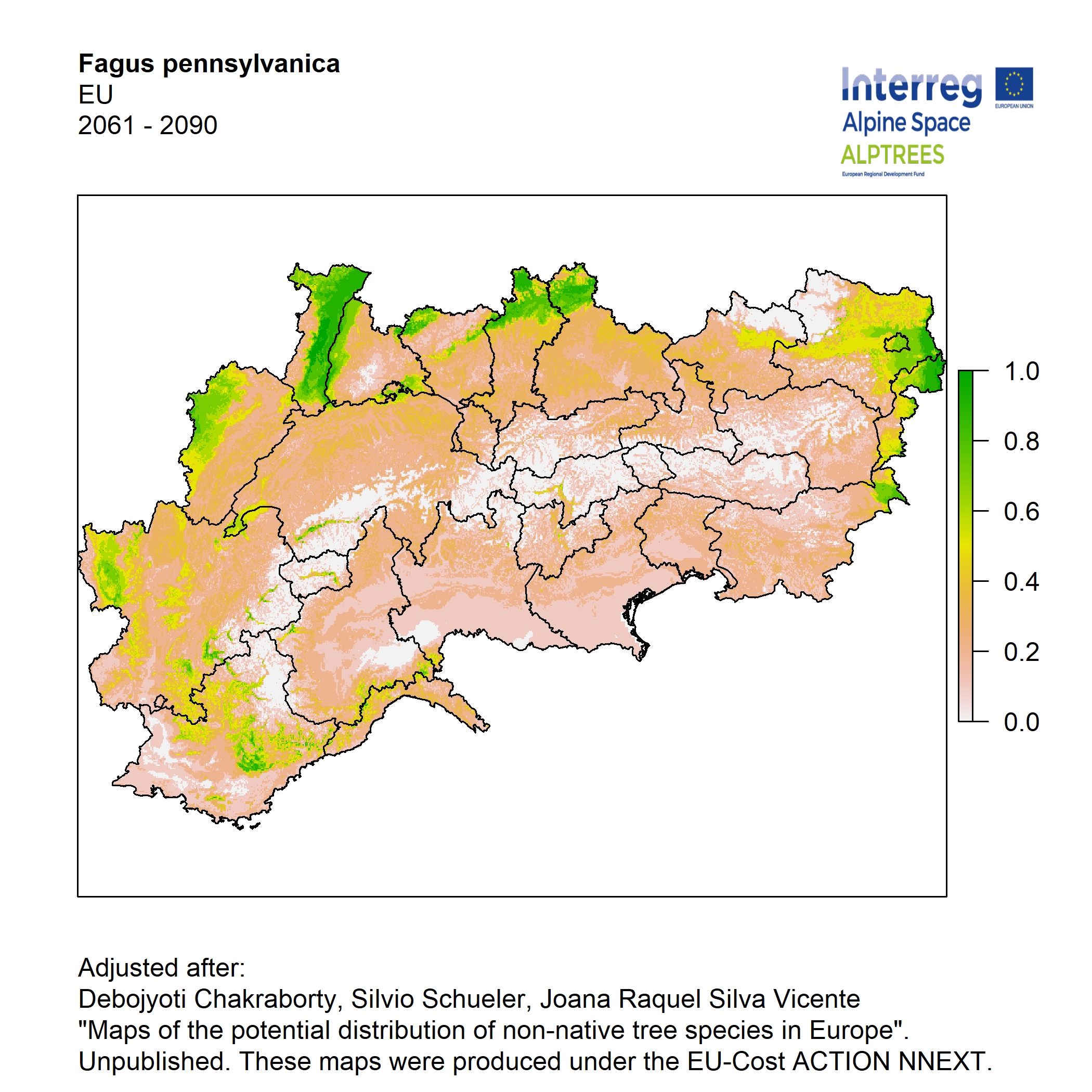 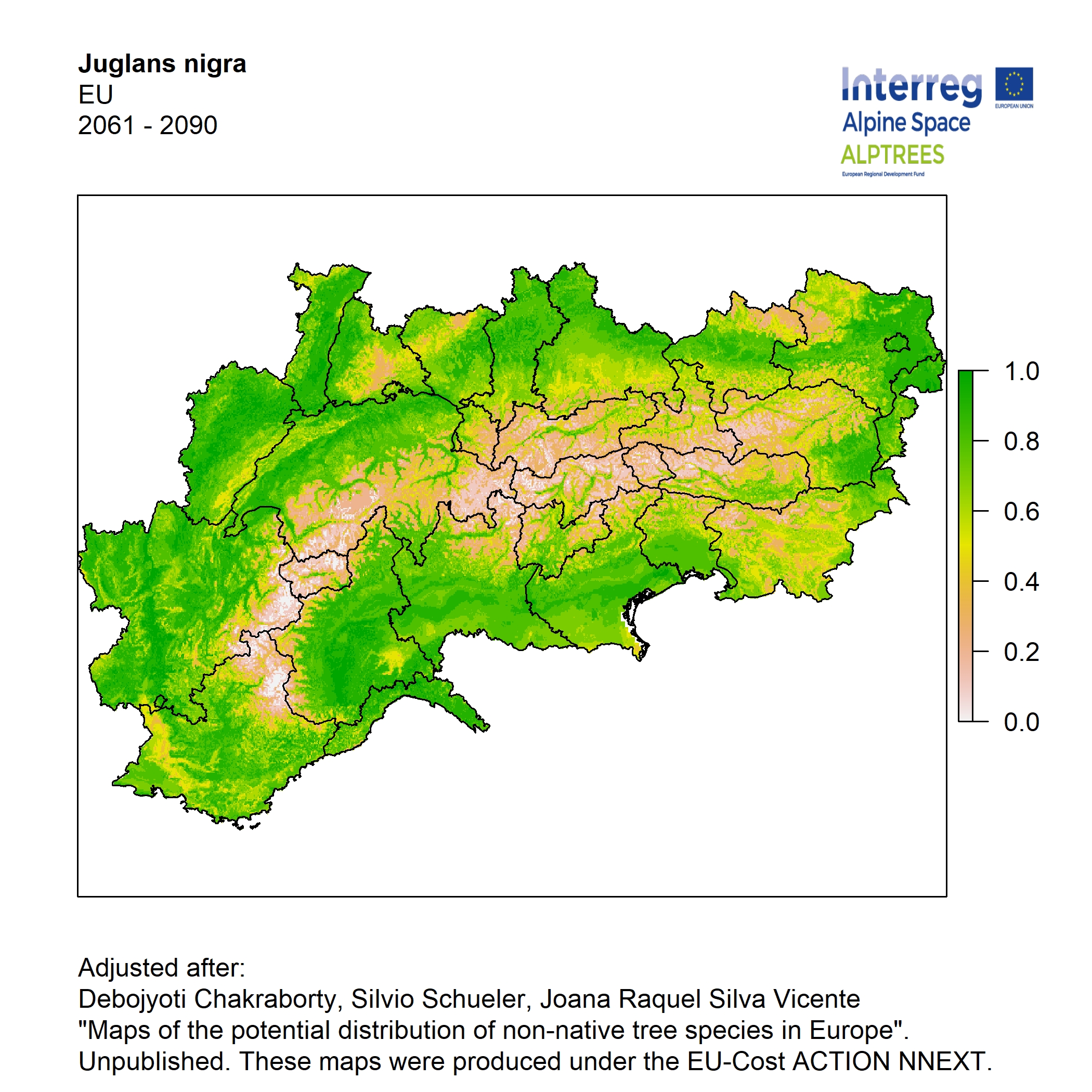 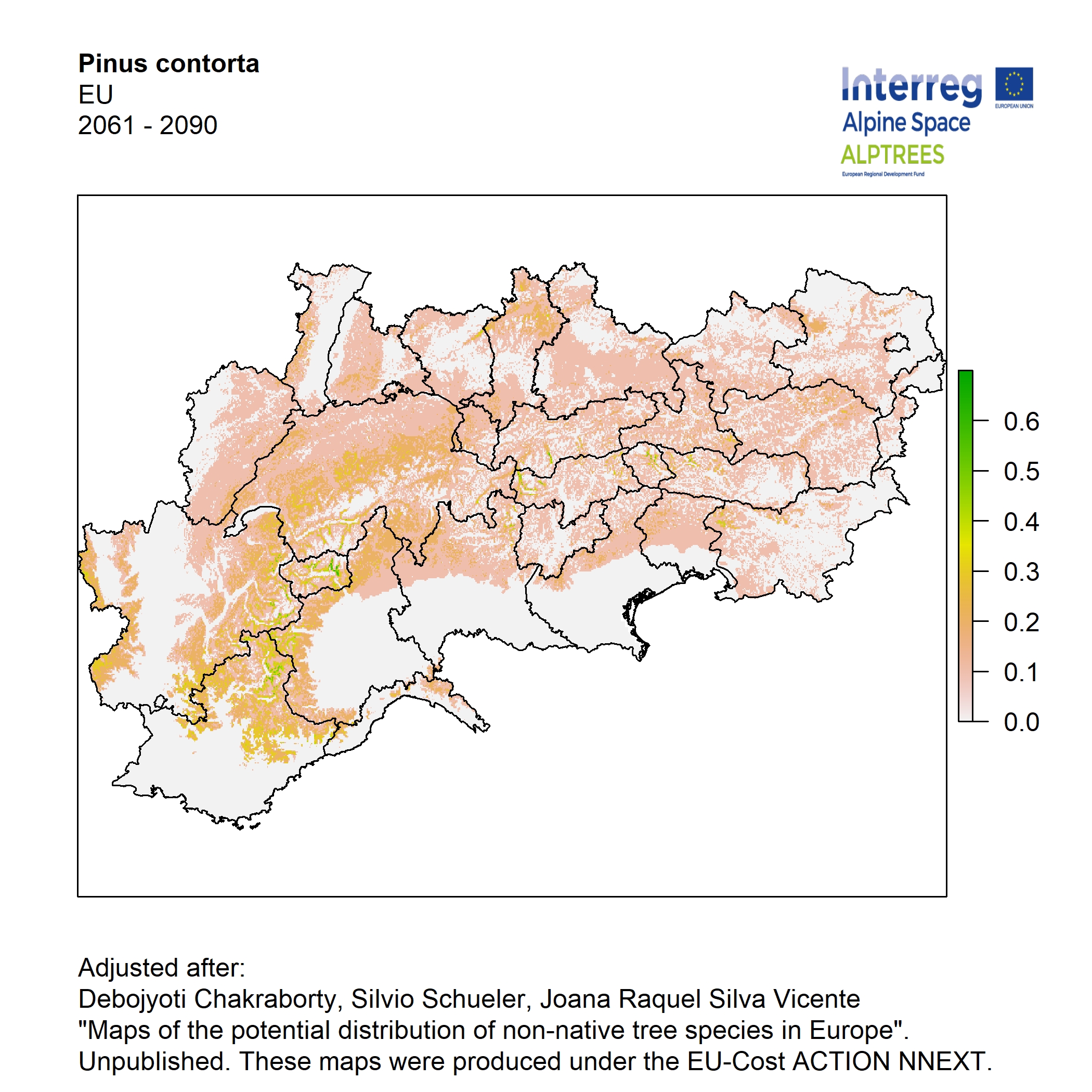 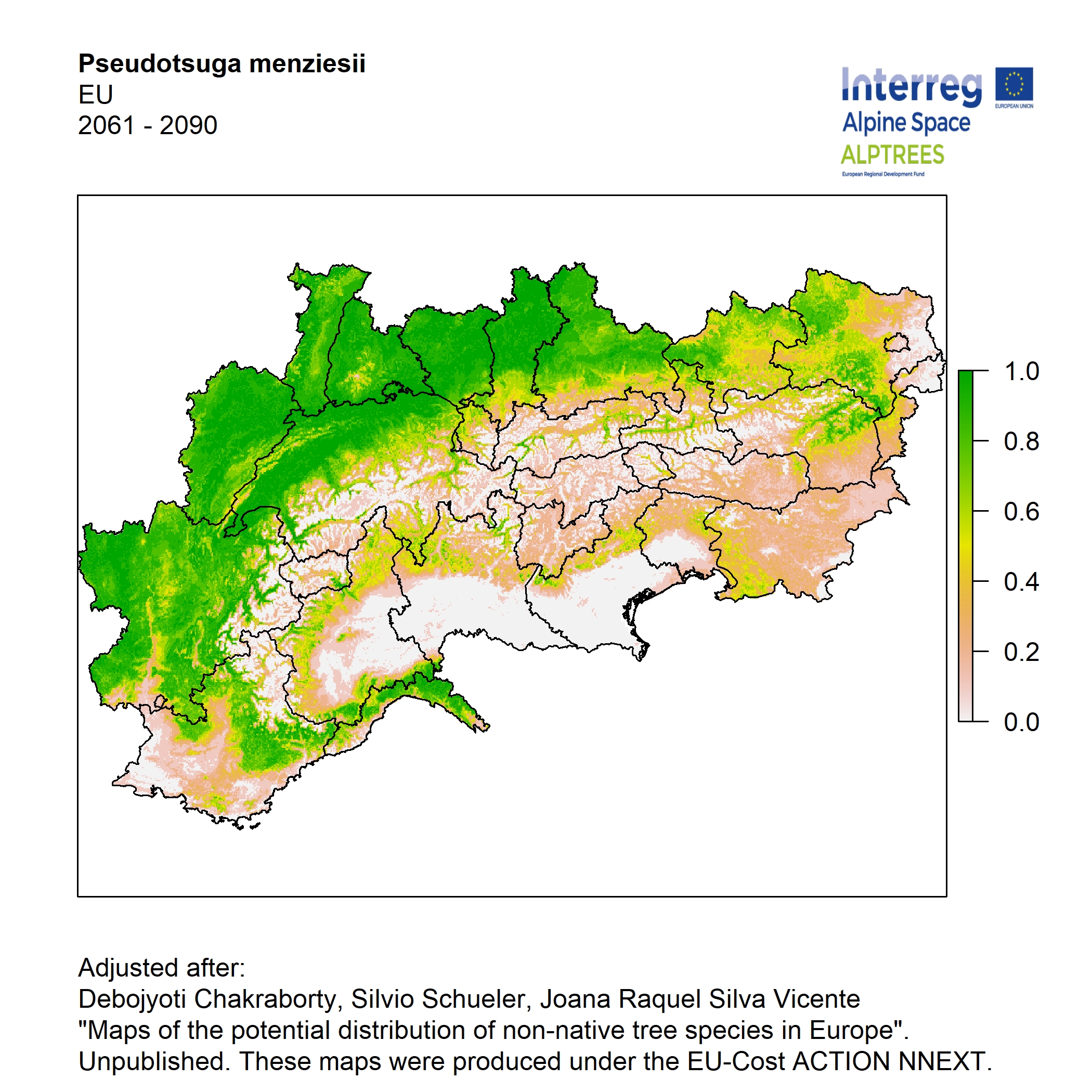 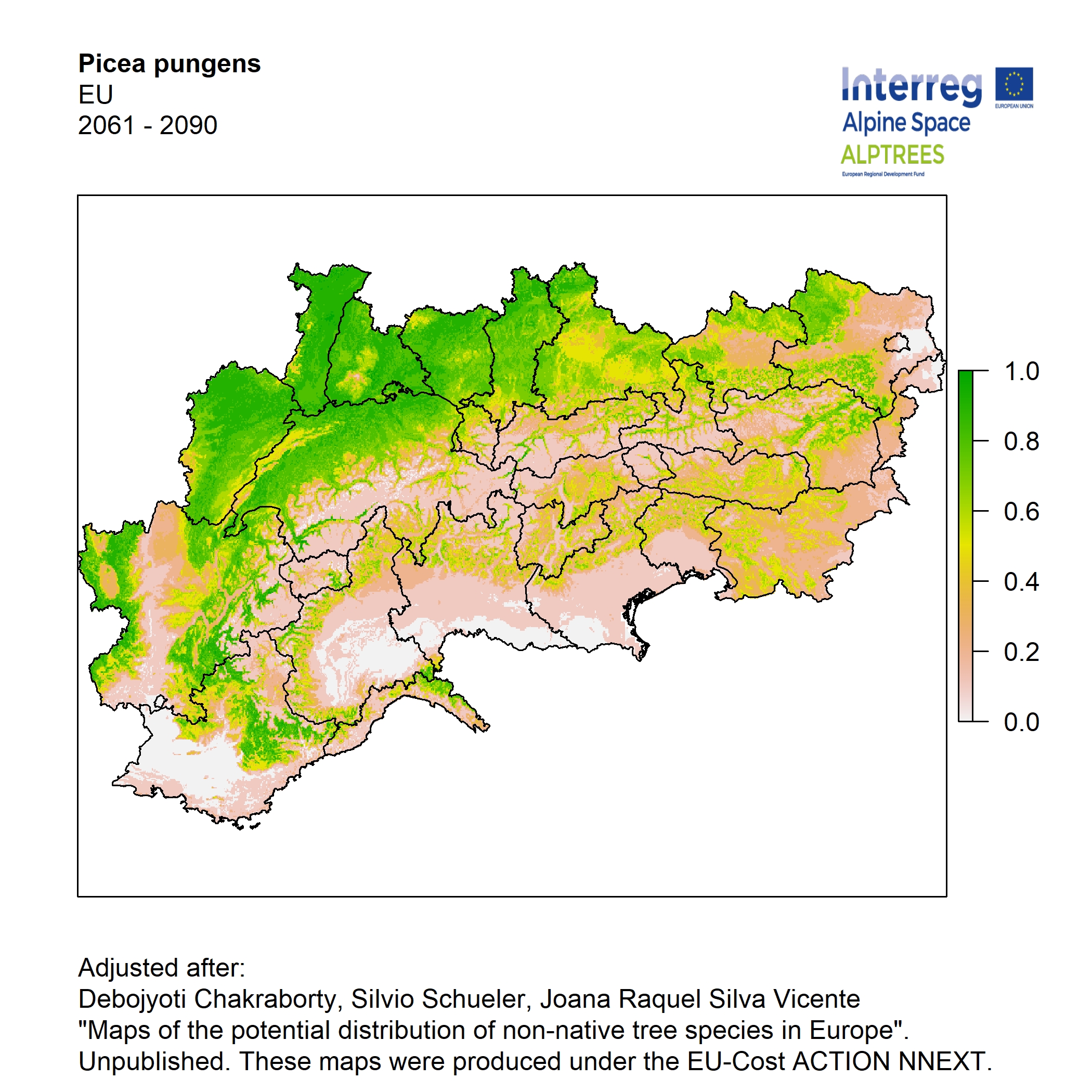 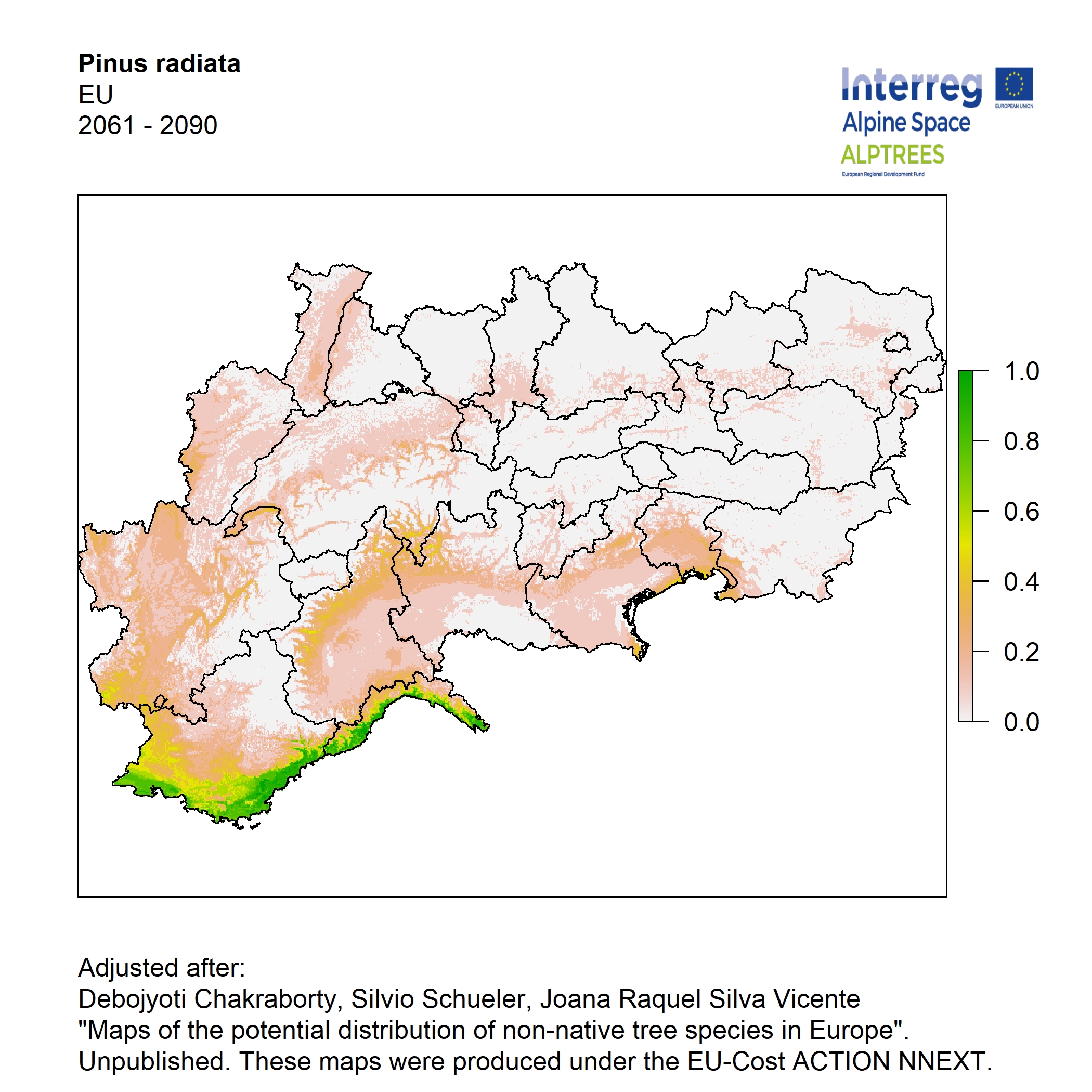 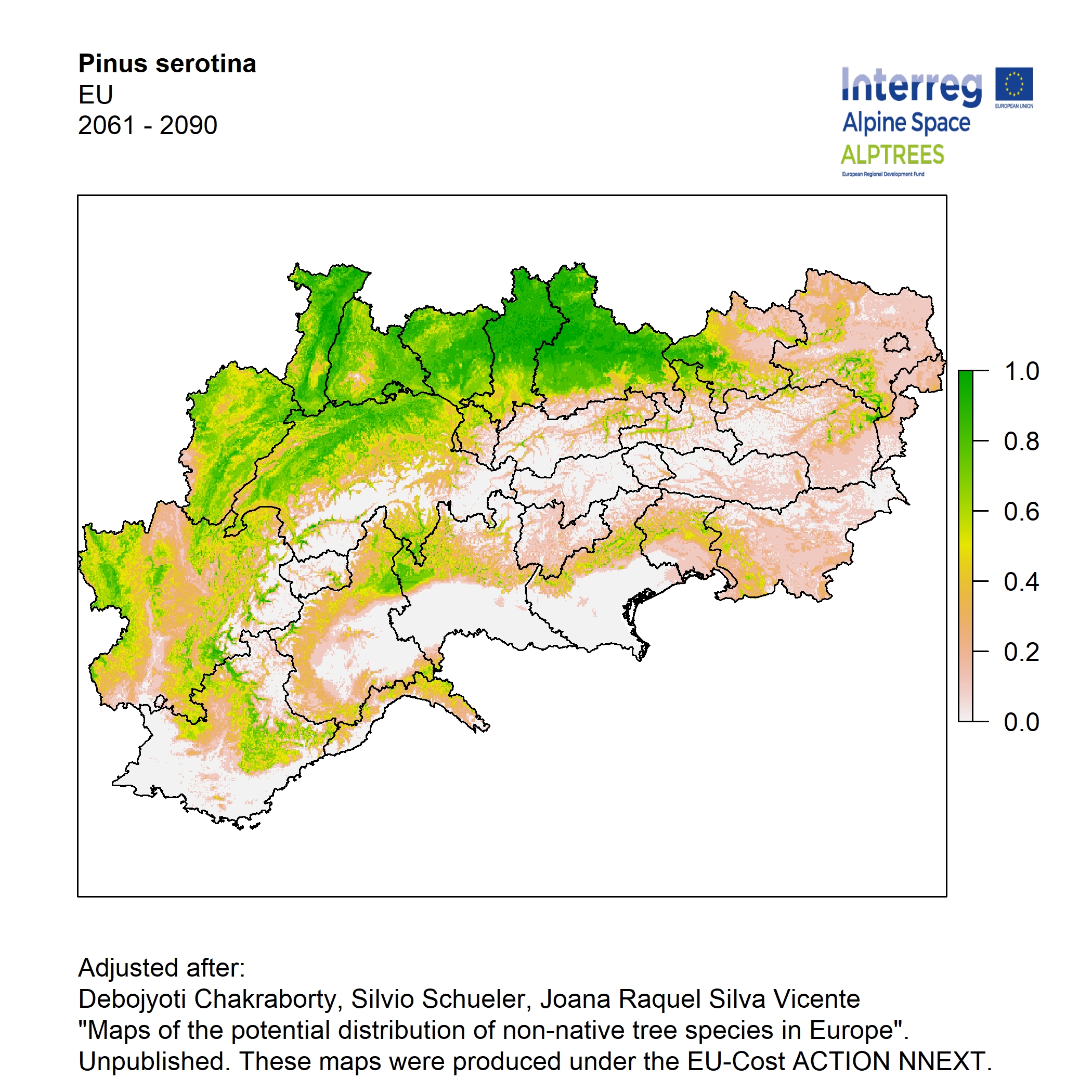 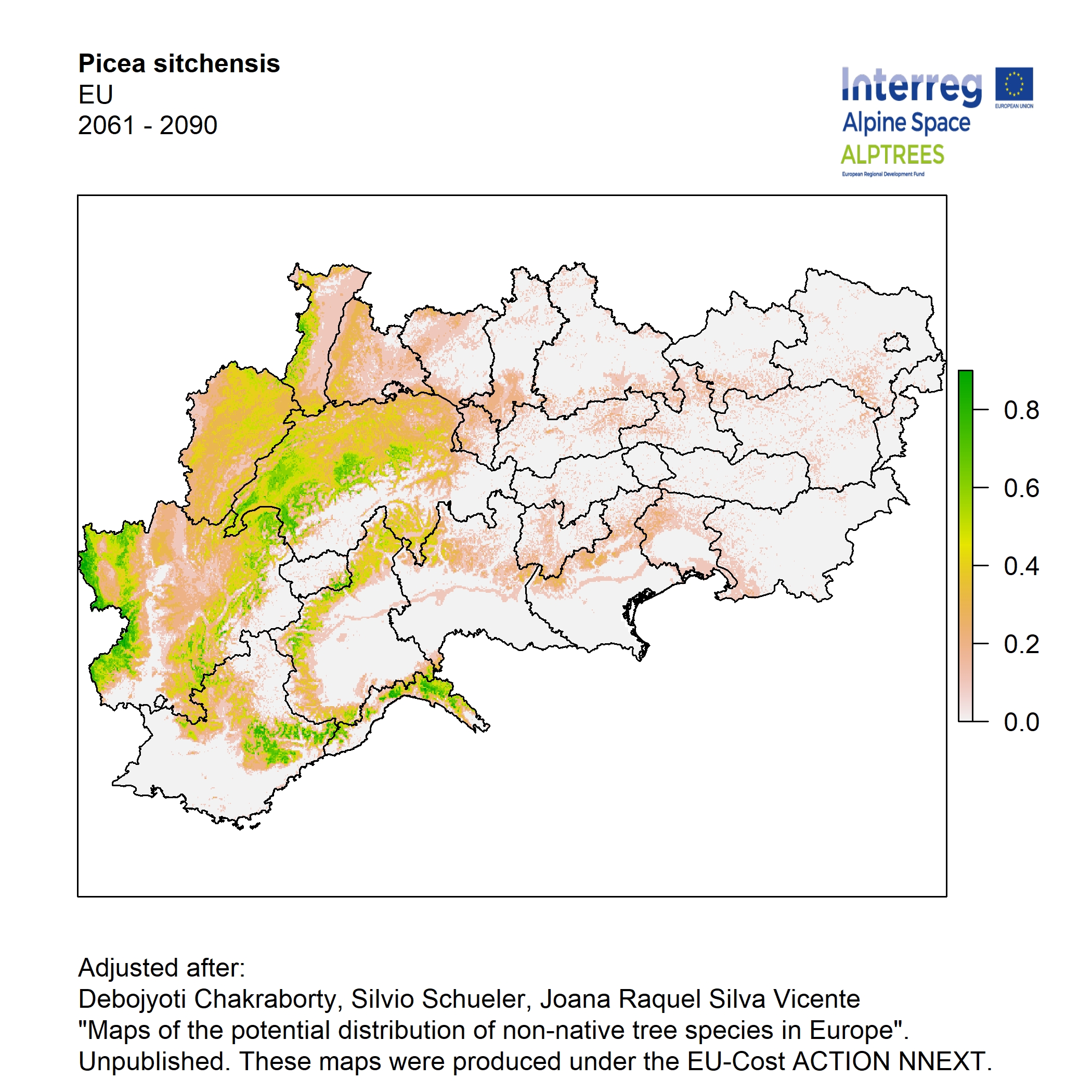 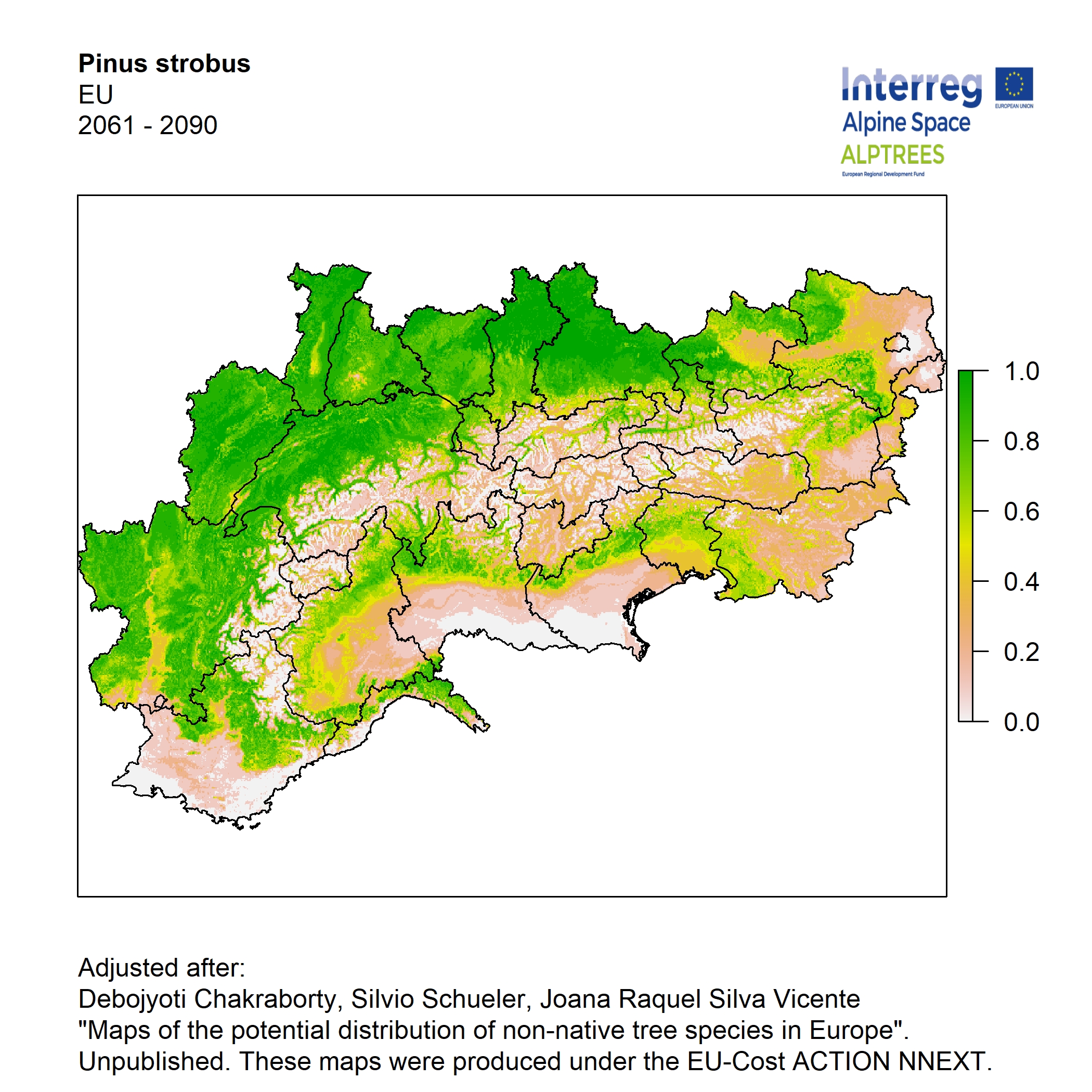 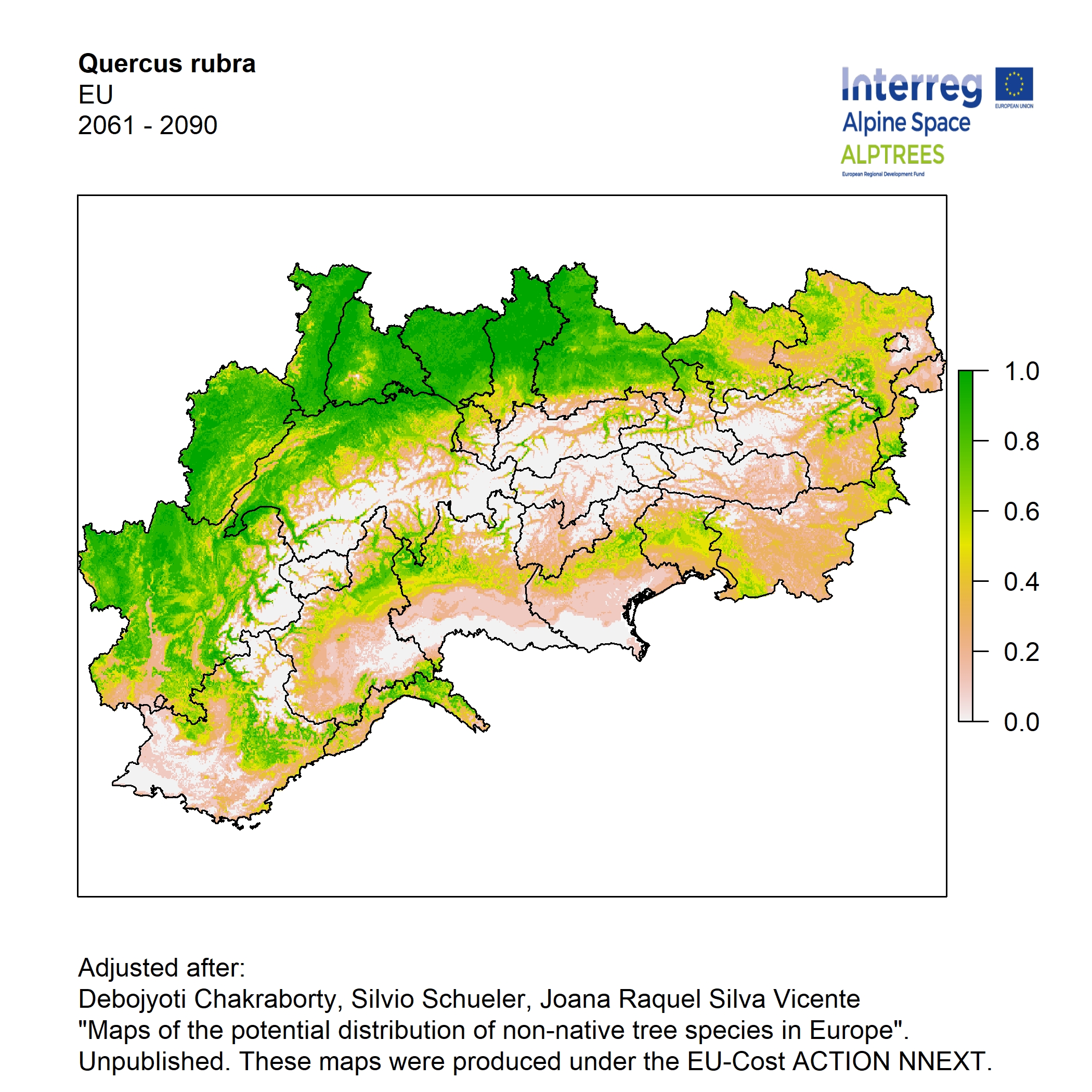 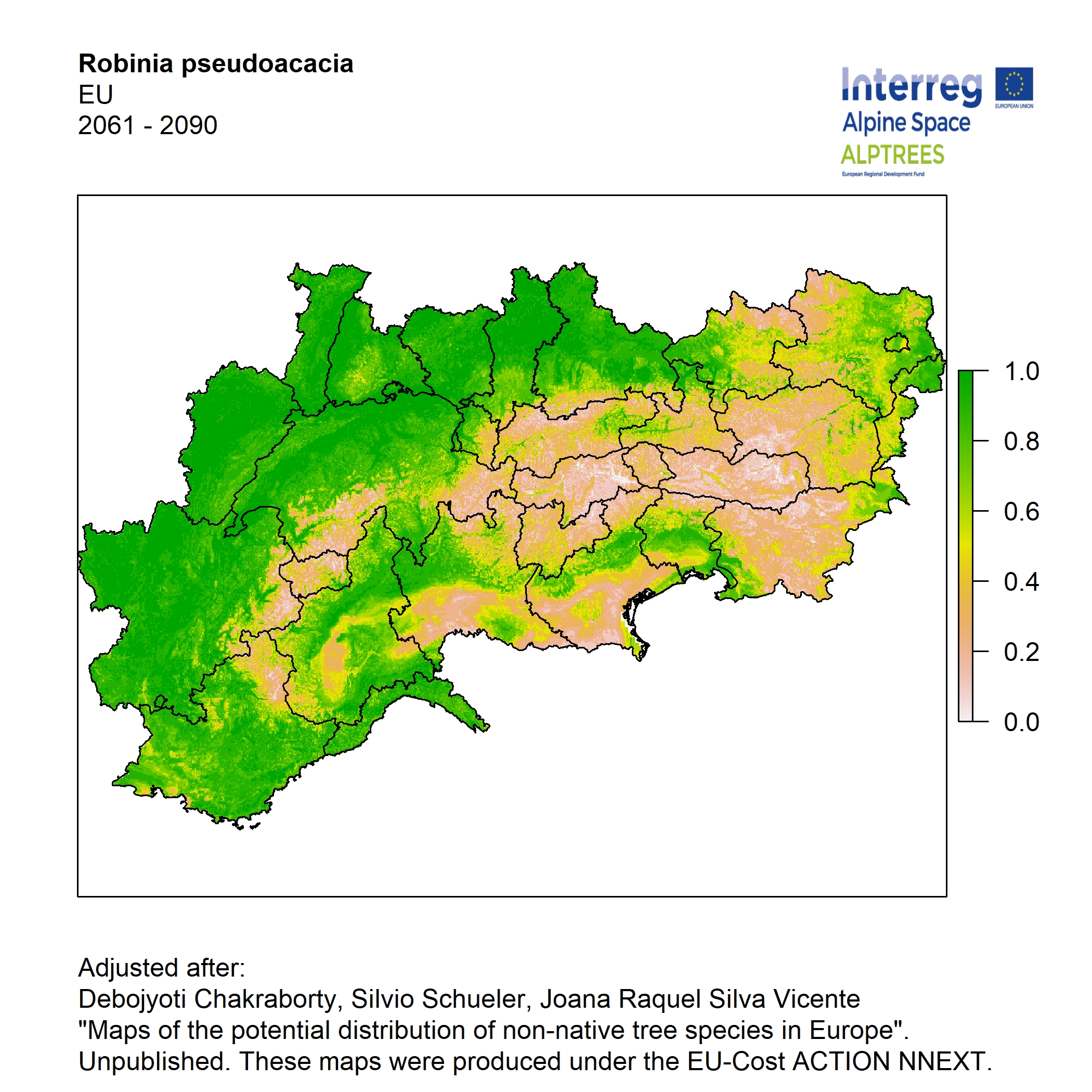 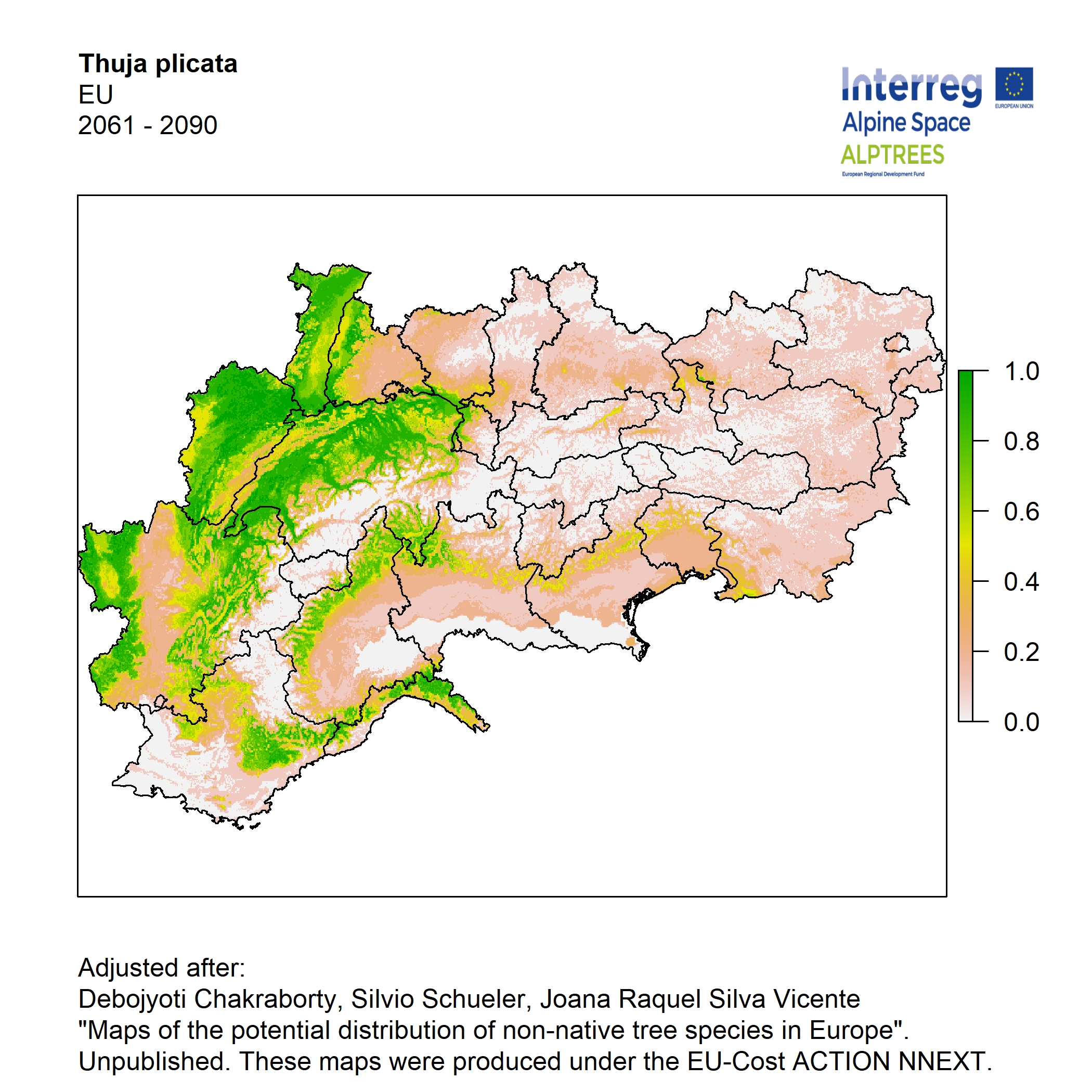